The Government Shutdown and Taxes

One aspect of the government shutdown that many won’t be thinking about is the office of the Internal Revenue Service.  Currently the IRS is operating at a 12% capacity, arguably during one of its busiest times of the year.  The question that should be on everyone’s minds is how this will affect the tax filing season and, most importantly, the disbursement of refunds.

The IRS usually announces in the beginning of January when it expects to be ready to accept electronic filing of the prior year’s tax returns.  Tax practitioners were already expecting a later-than-normal start to filing season due to the Tax Cuts and Jobs Act, which was the largest tax reform since 1986.  Even though e-filed returns are not currently being accepted, the IRS wants taxpayers to “file and pay their taxes as normal,” according to its website.

However, when it comes to getting refunds, don’t hold your breath.  During the shutdown, the IRS’s contingency plan does not include issuing refunds.  On the contrary, the IRS considers issuing refunds to be a non-essential part of its duties and will not be issuing any refunds until after the shutdown ends.

Other unexpected effects of the shutdown for the IRS include not answering phone help-lines, updating tax forms, or helping taxpayers with audits or notices.

As President Trump said himself, the shutdown may last months or even years.  The longest shutdown on record was in 1995-1996 that lasted for 21 days, ending in the beginning of January, 1996.  There is no precedent for a long-lasting government shutdown, especially occurring during tax filing season.  We will just have to wait and see. 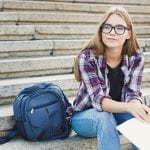 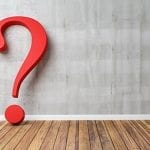 What will your marginal income tax rate be?Tax Tips