12/24/20 – As of today, President Trump still has NOT signed this bill. If he does decide to sign, here is what we know.

The PPP forgivable loans would make a come-back in the form of PPP2 loans.  The qualifications for the second round of loans would be a little more strict:

PPP2 loans would be available to first-time qualified borrowers and also to second-time borrowers.  Previous recipients of the PPP loan could also apply for a second loan of up to $2 million.  This second round would also be available to 501(c)(6) business leagues like chambers of commerce.

The expenses eligible for loan forgiveness would include everything allowed for PPP1, but also include PPE equipment, expenditures to suppliers that are essential to current operations, and operating costs like IT and accounting services.  Borrowers would still need to meet the 60% rule that covers payroll expenses over either an 8-week period or 24-week period.

The amount that would be allowed to be borrowed is calculated similar to the PPP1 loan: up to 2.5 times their average monthly payroll costs in the year prior to the loan, limited to $2 million.  Hotels and restaurants could get up to 3.5 times their payroll.

The bill would also simplify the forgiveness application for loans of $150,000 and under.   PPP borrowers now do not need to reduce the amount of their forgiveness by any EIDL advances.  Monies would also be set aside specifically for borrowers with 10 or fewer employees.

The bill addresses the issue of tax deductibility for the PPP forgiveness expenses.  It specifically states that any expenses paid with forgiven PPP loans would be tax-deductible.  This is contrary to the IRS’s position that they were not deductible and is something that CPAs were waiting and advocating for.

As stated yesterday, President Trump has not signed this bill yet.  More blog posts are yet to come as more guidance and updates become available. 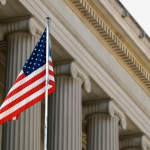